Confronting the Regulations: How COVID-19 Changed the Georgian Restaurant Industry 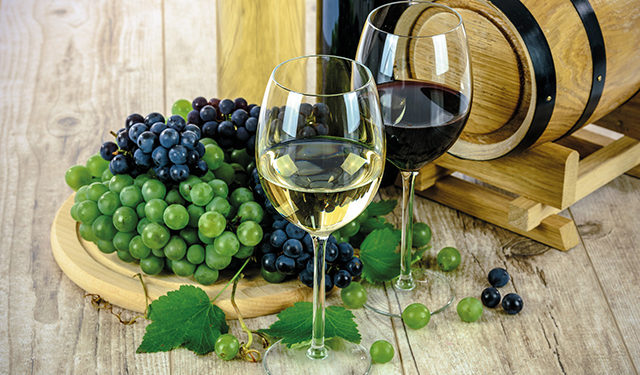 Georgia has long been known for its hospitality. Thanks to a pleasant combination of cordial atmospheres and the much-praised national cuisine, the restaurant industry in Georgia did bloom.
It was all before 2020, however. From personal to economic levels, COVID-19 changed almost every aspect of our lives, and it comes as no surprise that the pandemic took a toll on restaurant businesses.
A few could imagine the duration of the crisis. After the first lockdown in Spring 2020, the government of Georgia announced the second wave of regulations from November 28. All restaurants had to be closed for guests, only offering delivery and takeaway services. After over two months of mandatory closure, numerous restaurants announced a strike. Later it was revealed that some restaurants were planning to open by February 6, despite governmental regulations.

The Official Data: Before & After
According to the National Statistics Office of Georgia, hotels and restaurants in the country reached their highest turnover rate in 2019, amounting to approximately 2.0891 billion GEL. In addition, they boasted with about 48.6 thousand employees. The number of employees started to drop from the first quarter of 2020 to 38.7 thousand people, reducing to 31 thousand by the third quarter. Furthermore, the combined turnover of 3 quarters in 2020 amounts to merely 994.1 million GEL.

Protest and Negotiation
In April 2020, government of Georgia presented the anti-crisis economic plan, which covered measures to aid Georgian businesses. Apparently, those measures proved insufficient as most businesses continued to suffer, many of them eventually closing down.
On December 23, the Chairman of Georgian Restaurateurs Association Shota Burjanadze declared that opening restaurants was an urgent matter, as 300 000 employees were under the risk of losing their jobs.
In response to restaurateurs’ concerns, on January 29, the Minister of Economy and Sustainable Development in Georgia, Natia Turnava acknowledged the hardships of the restaurant industries, but maintained that opening of the venues depended on the epidemic situation in the country.
Later, Burjanadze announced a 24-hour strike, asking for government’s permission to open the restaurants, or else rejecting to provide delivery and takeaway services. Up to 200 restaurants joined the strike, while the Minister once again recognized their problems, but asked for patience.
“We need a little more patience. I understand their problems; I do know that their protest is not a politicized act, but a result of internal problems… We will do our best to open the outdoor restaurant spaces, when the epidemic situation allows us to do so,” – said Turnava.
On February 2, the Board Director of the Gastronomic Association of Georgia, Levan Qoqiashvili announced that restaurant owners would no longer follow government restrictions and would open restaurants by February 6.
“Unfortunately, the expectations of the hospitality industry didn’t come true. Instead of finding a rational solution, even the meeting with government representatives has been postponed. As we don’t foresee another solution despite our insistent efforts, we decided to open restaurants on Saturday, February 6,” – asserted Qoqiashvili.

Breaking the Ice
On February 4, Prime Minister Giorgi Gakharia declared that restaurants would be able to operate in open spaces from February 15. However, restrictions would be maintained on weekends.
In response to PM’s announcement, Shota Burjanadze assessed the government’s decision as acceptable, but not what they hoped for.
“Today’s decision is acceptable, and the ice is breaking. Considering the critical condition of the business today, it is partially relieving. In terms of the hospitality industry, it is not the solution we asked for, but for some providers, it is a step forward,” – explained Burjanadze.
Representatives of the hospitality industry met government members on the day this paper went to print. For the latest updates, go to georgiatoday.ge.