Communist China Is Bad for Georgia, and It’s Time to Cut Them Out 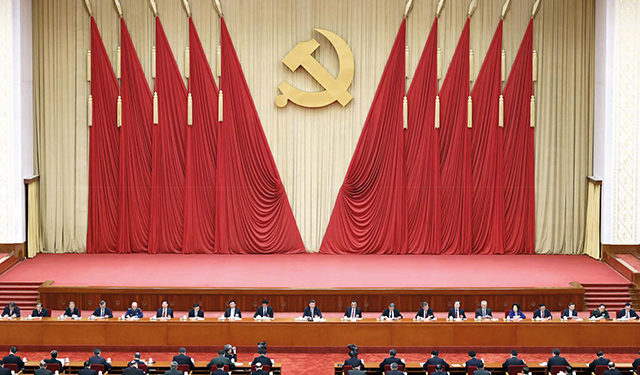 The Communist Chinese Party (CCP) has increasingly come into the spotlight as more investigations are launched and evidence surfaces about their involvement in the origins of the COVID-19 virus. From their lesser known human rights violations with the Uighers in their western provinces to the abuse and murder of protestors in the occupied nation of Taiwan, China is the world’s latest “evil empire.” Now, Georgia has become a part of the sphere of CCP influence, and it is imperative that Tbilisi realize this and save themselves and their nation while holding the CCP accountable.

First needed is an examination of the way China views modern warfare, or more accurately, the fact it doesn’t fight war in our traditional sense. In stark contrast to the Western classical focus on physical military strength and hardware, China focuses on what it has termed, and literally wrote the book on, Unrestricted Warfare. This work, published in 1999, takes a keen view of combating the West in information censorship, media control, economic influence, and ultimately political seizure.

The authors, Qiao Liang and Wang Xiangsui, were both colonels in the People’s Liberation Army (PLA). These officers postulated that the world and the function of warfare was radically changed after the 1991 Gulf War. They determined that the United States, and the West by proxy, had had their last major accomplishment and the way conflict will play out will be different. This change was outlined by Qiao in an interview after publication by saying, “the first rule of unrestricted warfare is that there are no rules, with nothing forbidden.”

This strategy, due to its nature, can be used against both enemies as well as allies through the universal incentive: money. Georgia is being wooed into a sense of complacency by the injection of billions of dollars of foreign direct investment. From the Senaki highway project to the Tbilisi Sea New City, bringing Georgia deeper into the economic clutches of the CCP is top priority. This economic bait is too sweet for Tbilisi to turn down, but will hurt in the long run. Being indebted to Beijing is tantamount to owing large sums of money to the mob, particularly for a small nation such as Georgia.

While Russia and Turkey are expanding in the South Caucasus militarily, China has chosen the alternate route of economic enslavement through large investments and import/export control, undermining any of the competing military or political achievements. In addition, this also ensures longer term control of the region.

Already on a global scale, the slight surface ripples of the undercurrent of CCP actions are becoming more visible. Media, political, and economic platforms are being probed with their dark tendrils, albeit mostly focused on undermining the United States. Georgia is still, as a member of the West, a viable target and will not be left untouched by the CCP globalization strategy.

This all began after the rise of Communist China, and the exile of the democratic government to the island nation of Taiwan, still besieged by their northern neighbors. The United States, and much of the West as a whole, thought that commercially engaging with the CCP would mellow their radical communist sentiments. It didn’t, but it did serve the temporary purpose of pulling them away from the Soviet Union.

In fact, with the increased economic activity, the beast only grew in size. China managed to build itself as a home of cheap labor, luring Western companies to be betrothed to their workforce and therefore the CCP. This allows the CCP to slither through these corporate entities and into the cultures and societies in other nations that would be otherwise angled perpendicular to communist ideals. This tactic of normalization numbs the people to the horrors of Chinese communism and its deadly grasp.

At the same time, they whitewash their own global reputation through a ruthless regime of censorship and shadow policing and law enforcement. Any dissidents swiftly “disappear” and their words are scrubbed from the media. Socio-political and cultural “opponents” are interred in concentration camps and hidden from the world, with the goal of forcing people to forget. Any warm interaction with a government that conducts itself in such a manner, treats its people in such an abhorrent manner, and remains so devious and manipulative, is despicable.

It is imperative that Georgia rethink its position with the CCP and their policies. The continuation of these actions is clearly motivated by profit and growth, and this is not without its benefits. However, to go without recognizing the horrifying faults of the CCP is to condone them. From the abhorrent “One China Policy” to the abuse and murder of its own citizens, Georgia, along with the rest of the world, needs to make it clear in no uncertain terms that this malicious behavior by a state entity will not be tolerated.