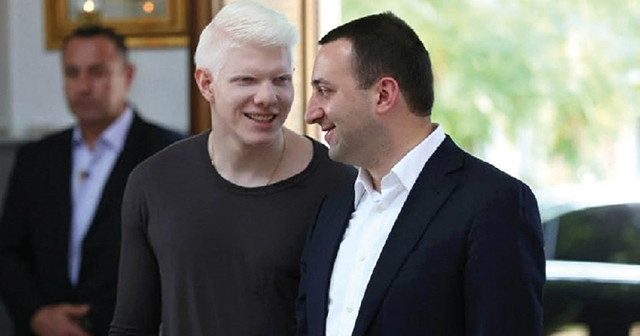 This week, the Prosecutor’s Office of Georgia launched an investigation into the unauthorized recording and / or interception of private conversation, as well as the recording of private communication, illegal use and dissemination of information obtained through technical means, on the grounds of Article 158, Parts 1 and 2 of the Criminal Code of Georgia.
The results of the investigation will be made public, the investigative agency says.
The move refers to recordings released by TV Pirveli on March 6; a secret telephone recording in which the journalist claims that Bera Ivanishvili and Irakli Garibashvili are discussing the fact of violence against a schoolboy over a comment posted on social media.
The author of the story notes that Anzor Chubinidze, the head of the Special State Protection Service, is also participating in the telephone conversation, with whom, based on the recording, Ivanishvili and Garibashvili are discussing the revenge plan separately.
According to the recording, Bera Ivanishvili tells Irakli Garibashvili that Anzor Chubinidze’s punitive team intimidated a juvenile and forced him to apologize in a humiliating environment in the presence of his family and neighbors.
Bera made his first comment on the secret recordings aired on TV Pirveli in an interview covered on TV Imedi.
He said that the conversation was recorded in 2011 when he was a teenager. He states that the insulting comments spread online were disturbing to him. Hateful and threatening comments were also made about his fans.
“The most disturbing thing for me in this story was the attack on my fans, children aged 10-11, by massive groups of 100-200 people. There was a threat, some nasty pornographic pictures, they wrote to the children that we will come to you homes and ‘Bera cannot protect you.’ The parents of several children contacted us. We were obliged to hand it over to the security service, they visited these people in compliance with all laws, ethics, and morals. Even in those records, it is clearly heard when talking about a minor that the conversation is being attended by his parents, older neighbors, and so on. And it was just a verbal warning or advice,” he said.
The ruling Georgian Dream (GD) party echoed the TV Pirveli story about a conversation, saying: “This is a gross fabrication of conversations between Irakli Garibashvili, the Cartu charity fund president, and minor Bera Ivanishvili that was illegally recorded during the rule of the United National Movement, before Bidzina Ivanishvili’s entry into politics.”
The ruling team believes the fake conversation contains words and phrases from dozens of recordings.
The opposition parties demanded the resignation of Georgian Prime Minister Irakli Garibashvili following the story. They believe the conversation contains signs of a serious organized crime.
“The TV story in which Bera Ivanishvili was talking to Georgian Prime Minister Irakli Garibashvili, and Head of Special State Protection Service of Georgia, Anzor Chubinidze, contains signs of the gravest organized crime. The story facts should be investigated,” said opposition parties Lelo for Georgia and United National Movement. They also applied to the Prosecutor’s Office to start investigation into the secret recordings.