Bachi Gabunia on the Launch of the UK-Georgia Trade Hub 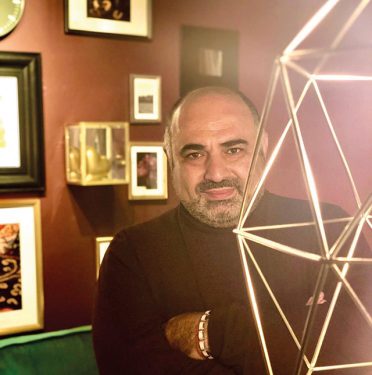 In the global economy, the more trading partners a country has, the better for its development. Georgia, as a still-developing country, needs to not only seek new partners, but to strengthen ties with those states already in partnership. The United Kingdom, a desirable partner for most, has always been and will always be an important and desirable market and strategic partner for Georgia. To date, the UK is the largest investor in the Georgian economy. Now, with the creation of the UK-Georgia Trade Hub (UGTH), the trade between the two countries has been further simplified. In his interview with GEORGIA TODAY, Bachi Gabunia, the Founder-Director of UGTH, digs into why the two countries make great partners, why it is now a great time to export to the UK, what kind of production should be exported, Georgia’s role as a gateway to the East, and more.

“Historically, it has always been in the interests of Georgians to enter the British market,” Gabunia tells us. “This was due to the fact that the exchange rate of the British pound, which is currently 4.16 to 1 GEL, has always been higher and more stable than other currencies. However, traditionally, it [entering the British market] was associated with a number of issues, among them the costs of transportation, customs clearance, warehousing, and ultimately selling the products.

“The process of entering the British market once needed the involvement of several profit-making ‘negotiator’ companies. One business needed about 4-5 such companies. It was also hard to export production in small amounts: companies had to send a whole container. Yet another problem would arise with storing and distribution. So, really, only the ‘brave’ were willing to take the risk.”

Having studied the contemporary demands and tendencies, Bachi Gabunia, a London-based Georgian businessman, got the idea to found the UK-Georgia Trade Hub to simplify trade between the two countries. Designed to unite small and medium-sized businesses interested in entering the British market, simplify logistical-administrative services for them, helping them overcome difficulties, and cutting the costs of warehousing goods, the trade hub actually consists of two hubs: one in Tbilisi and one in London. There, British and Georgian entrepreneurs and businesspersons will be able to warehouse their production meant for export. The common warehouse, and the fact that the production will be grouped for transportation, minimizes costs, which means a small business owner can start shipping their production via UGTH with as little as one pallet of product.

“It would have been less realistic for us to have been able to implement this project, at least, implement it so soon, had there been no help from certain organizations,” Gabunia notes.

“The Georgian-British Chamber of Commerce, under the leadership of Mako Abashidze, is a very sophisticated aid for any business to open any door. Without their involvement, it would probably have taken me months or years to put this project to work.

“This engagement was very professional, and the information and help I received was exactly what my business needed. It should be emphasized that the Ambassador of Georgia to the United Kingdom, Sophio Katsarava, whom I contacted through the Chamber, showed great support for this project. Subsequently, there also came interest from the British Council,” Gabunia says.

Moving on to talk about the uniqueness of the project, the Founder Director says:

“First of all, this project is focused on several factors that are vital nowadays. The first to note is that the UK imports about 70% of the goods sold on its local market. Traditionally, these goods are imported from neighboring European countries, as well as from further abroad. But today, with Britain’s decision to leave the European Union, separating itself from its European counterparts, the UK aims to establish an independent relationship with everyone, and these negotiations somewhat stalled when Europe and Britain could not agree on a trade agreement. What form European cargo should take in the British state, and what codes and tariffs this cargo should pass through have not yet been established, and as we can see from the dynamics, the countries have yet to reach any particular agreement.

“This in itself will cause hundreds of trailers to stop at the border, and they may not be able to cross it for quite a while. Britain, for its part, has already begun concluding agreements with various countries; moreover, with second-tier European countries: the one with Georgia was signed back in the October 2019, and it recently signed another with Ukraine. The Ukrainian agreement is simply the first stage, as it must be ratified by both the Ukrainian state and the British Parliament. This is related to certain procedures and may take some time. Georgia has been through all this and can now export to the UK without any obstacles or delays.

“Another thing is, because of the coronavirus pandemic, e-commerce has been highly developed, which makes it possible for almost 80% of people to switch to ordering products online. This allows Georgian goods to be sold more easily. Georgian products can be placed on high-demand online sites and through them it is possible to distribute these goods.

“Georgian businesspersons can sell their goods from Tbilisi through online sales, while we work to deliver goods to customers within two hours of purchase in London. The hub will provide full service in organizing this. What’s more, the hub does not interfere in the production price: we do not ask for percentages of their profit; we are just a service that helps them export the goods and deliver them to the customer,” Gabunia tells us.

As mentioned above, entrepreneurs can ship as little as one pallet of their production to the UK, thanks to the Hub’s packaging-when-transferring service. There is another advantage to start exporting right now, according to the UK-Georgia Trade Hub’s founding director, and that is timing.

“We’re trying to start shipping at the beginning of November to get the pre-New Year and Christmas sales, and as you know, this is the period when the maximum expenditure of funds is made and Georgian products can be well included in this process on the British market.”

“Since the announcement of the project back in September, interest has turned out to be quite high. We’re already negotiating with 7-8 Georgian companies.”

From the British side, the Ministry of Foreign Trade reached out to us and inquired about the goods it could export to Georgia, looking to find out which goods are more marketable. The Georgian market is, of course, specific, but what we explained to the British side is that the Georgian market is not just Georgian: it is the Caucasus market, because once the production enters Georgia, it can enter Azerbaijan, Armenia, Turkey, and even Russia.

Today, it has become quite relevant that many British products are packaged or produced in European countries of the Second Belt. Georgia is also being considered as a contractor for British products. Under this agreement, Georgia will replace countries such as Bulgaria and Latvia on the British market.

What kind of production could be exported to Britain from Georgia?

We have taken the existing model at work in different countries. Tracks are set up based on countries like Latvia, which has its own warehouses and a chain of shops in which goods move, and the list of these goods includes some well-known Georgian products produced in Germany, Ukraine and other countries, like tkemali sauce, tarragon lemonade, sulguni cheese and so on.

However, Georgia is not only interesting for its famous food and drinks: Georgian designers are sparking quite some interest. There are several medium-sized shoe companies in Georgia, as well as clothing manufacturers, who want to present their products on the British market. They are likely to gain popularity in the UK because their prices are usually lower than the British ones. The quality and taste, however, are very sophisticated.

Who will profit best from partnership with the Trade Hub?

Mid-sized businesses that already have products that could be exported outside Georgia and just haven’t been financially strong enough to take that risk, will benefit greatly from this project. At a later stage, the state may also provide certain grants to such companies to make the first export. There is a great interest in Barambo chocolate, for example, because the product is close to European quality. Much like Georgian-produced juices, spices, churchkhela, handmade jewelry, and many other products.

What are you working on now?

We are currently looking for partner organizations that will distribute products in the UK or promote sales, and we have a contract with one organization. We are also making a list of products that can enter the Georgian market from the UK, and in time we will start negotiating with Georgian distribution companies for possible sales of these products. Once this happens, the business itself will agree on the prices.

Britain has obligations under agreements with other countries already in progress. Having an agreement with the United States, for example, keeps Britain from direct trade with certain countries, like Iran, but products imported into Georgia can be freely traded in that market. In other words, Georgia is considered as a gateway through which you can enter the Caucasus and other countries.

On Thursday, October 22, the UK-Georgian Trade Hub (UGTH) held a presentation of the project at the Georgia’s Innovation and Technology Agency in Tbilisi. As more small, medium and large sized businesses find out about the hub and the benefits that come with their partnership, more products are to be exported and imported, now that the trade between Georgia and Great Britain is easier than ever before. 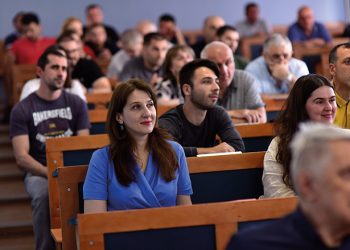 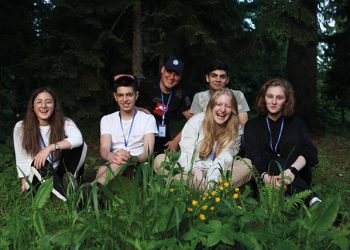 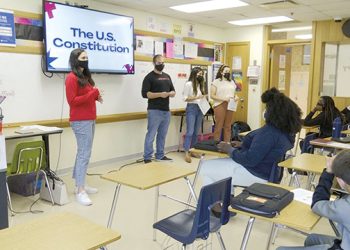