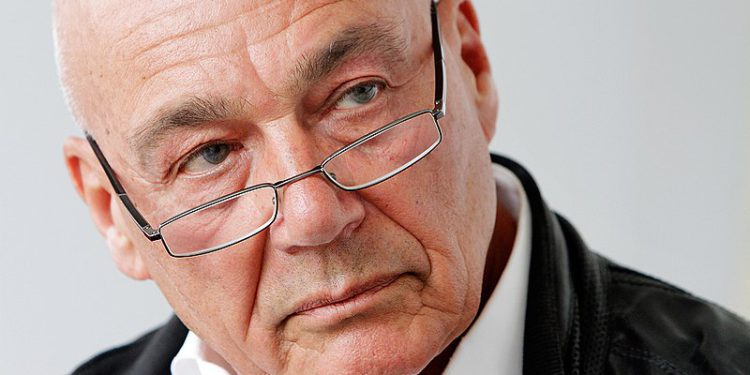 Russian journalist Vladimir Pozner entered Georgia on March 31 to celebrate his birthday. His arrival was followed by protests from Georgian citizens.

According to civil activists and part of the opposition, the Russian journalist should not be allowed in Georgia because he does not recognize the country’s territorial integrity. In fact, Pozner was the author of the phrase: “Abkhazia will never become part of Georgia.”

Opposition and activists started a protest in front of the Vinotel hotel near the Presidential Palace, where Pozner was having dinner. Activists were protesting the journalist’s arrival in Georgia and the fact that he was allowed to violate the COVID-19 regulations.

The Labor Inspectorate fined the Vinotel GEL 10,000 for violating said coronavirus rules. According to the police, all those who violated the regulations have been fined 2000 GEL, Pozner included.

Activists demanded that Pozner leave the country. After the protest, the journalist and his entourage left the hotel accompanied by the police.

The protest took place last night in two places, near Vinotel, where the journalist was having dinner, and at the Rooms hotel, where he was due to stay. Activists threw eggs at the facade of Rooms.

The Russian journalist and his guests left Georgia earlier than planned, on the morning of April 1.