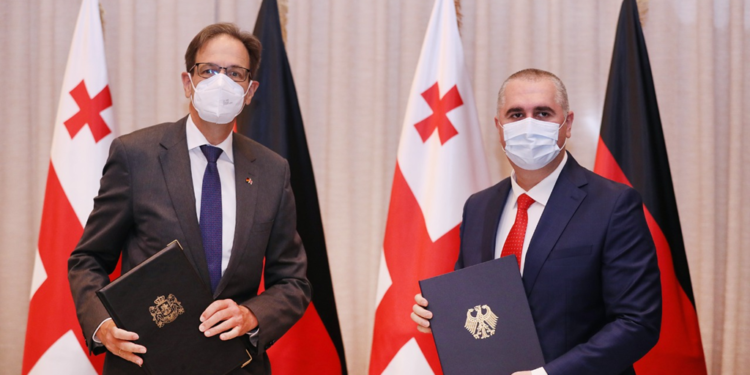 At the event, Natia Turnava, Minister of Economy and Sustainable Development, and Santiago Alonso Rodriguez, Head of the South Caucasus and Eastern Europe Division of the Ministry of Economic Cooperation and Development of the Federal Republic of Germany, stressed the importance of a successful partnership between the two countries.

The signed document is a framework agreement which provides for an additional grant of 5.2 million Euros from Germany to Georgia for the project: “Biodiversity and Sustainable Local Development – Georgia.” The total amount of grant allocated for the project is 23.7 million Euros.

The parties expressed hope that further cooperation with Germany, as a leading development partner of Georgia, will continue to be fruitful and that projects and programs funded by the Government of the Federal Republic of Germany will be used to develop important areas of the country.