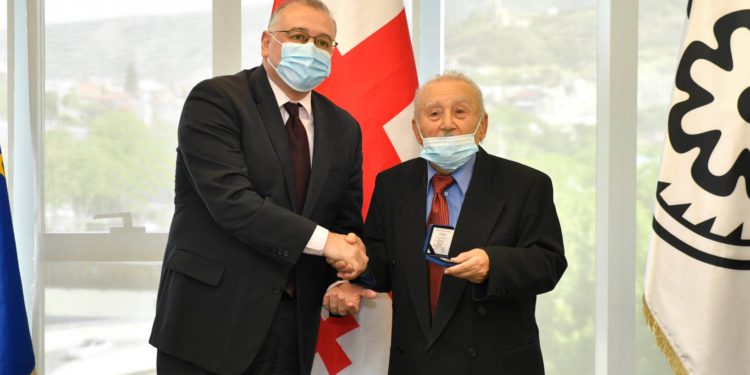 The National Bank of Georgia produced a new collector coin for the Summer Olympic Games, which will be held in Tokyo from July 23 to August 8.

Ministry of Culture, Sports and Youth of Georgia reports that the President of the National Bank gifted the guests with a new collector coin dedicated to the Summer Olympics. The Summer Olympics were to be held in Tokyo last year. However, due to the pandemic situation in the world, the International Olympic Committee has decided to move the Olympic Games to the summer of 2021.