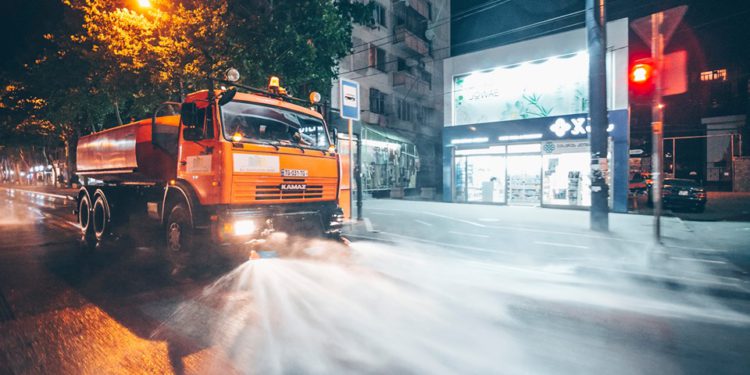 Tbilisi City Hall has issued a statement noting it will start cleaning central streets and painting on newly rehabilitated roads from Thursday.

“We are fully prepared to start washing the central streets from Thursday, which will last for several months. Particular attention is paid to cleanliness, greenery, improving the ecological situation in the city and the production of these works, I think, is very important,” said Kakha Kaladze, the Mayor of Tbilisi. “Due to good weather, road construction works are starting in the city. We have specific streets where the infrastructure work has been completed and we could not paint the lines due to the winter. Now we have the opportunity to start implementing these works.”

Kaladze noted that a tender has been announced for the purchase of equipment that will allow them to carry out street cleaning works with the highest quality special equipment.

In order not to obstruct the traffic, the streets will be washed early in the morning.