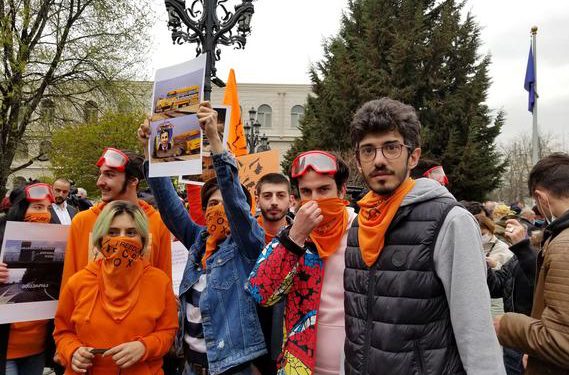 The trial of Nika Melia, the leader of the ‘United National Movement,’ is underway in the Tbilisi City Court. The organization ‘Meliebi’ (Foxes) which consists of members of the youth wing of the National Movement, is holding a rally in support of Melia in the courtyard.

Various youth organizations are also taking part in the action performance. The protesters demand the release of Nika Melia. Police are mobilized near the court.