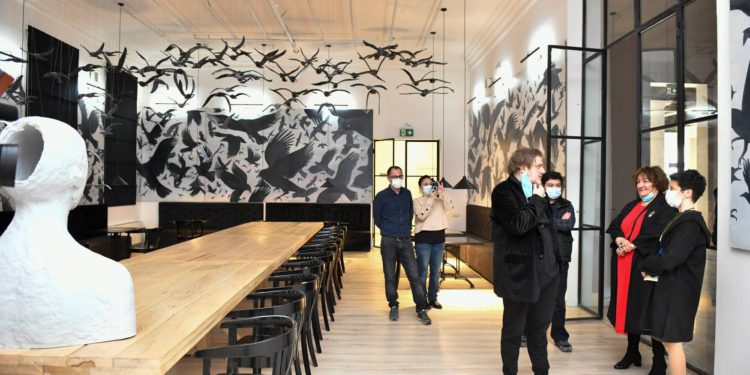 Source of photo; Ministry of Culture, Sports and Youth of Georgia

The Minister of Culture, Sports and Youth Affairs of Georgia, Tea Tsulukiani, held a working meeting at the Vaso Abashidze Professional State Theater of Musical Comedy and Drama. At the meeting, the Minister and theater management discussed future plans and the possibility of opening the theater in the light of the pandemic-related regulations.

“It was noted at the meeting that the Professional State Theater of Musical Comedy and Drama should become a new model theater, where not only the theater but also other organizations and artists in the private sector of the Ministry will be able to share their creations with the public,” the Ministry announced.

“At the meeting, they also discussed the financial challenges facing the theater and it was decided that in the coming days the theater management will present its vision to the Minister to solve these challenges, after which relevant decisions will be made.”